The existence of The Last Of Us: Remastered has been one shrouded in mystery and betrayal (kind of), as no one really knows when they expect it to be released. Until now!

According to UK games retailer GAME The Last of Us: Remastered could be coming out on June 13th, which (interestingly) would be right at the tail-end of E3. Has a big E3 reveal just been ruined?

The following image was given to IGN which seemingly this whole crazy secret and definitely illegal scenario! 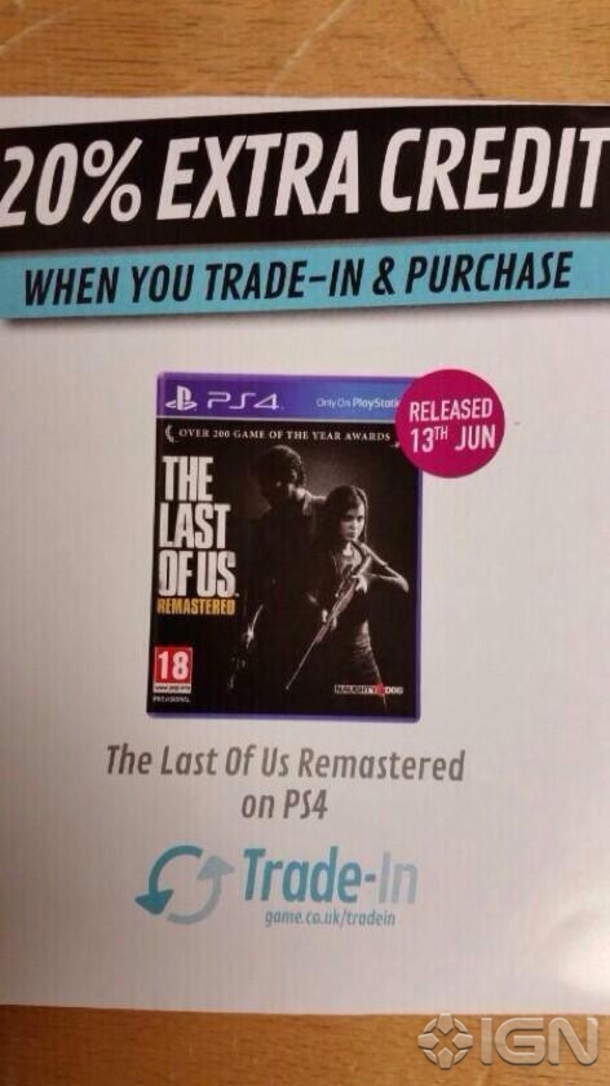 Considering The Last Of Us originally came out on June 14th and June 13th marks the end of E3, the 13th would be just about the perfect time to release the game. It’s the one year anniversary, and what better way to celebrate then playing the game on a new-gen system!?

45 thoughts on “The Last Of Us: Remastered Coming To PlayStation 4 Next Week?”