When I was set to receive a 3DS version of Transformers: Rise of the Dark Spark, I was more or less expecting a dumbed-down version of the same game that would be coming out on consoles. The Rise of the Dark Spark that came out on consoles was an action-adventure video game that featured all the standard tropes of the genre and little else, so it would be safe to assume that something with such little ambition would get similar treatment on the 3DS. The 3DS is notably the weakest console on the market, so often times when a multi-platform title is coming out on 3DS it just gets a thrown-together version of a game that is almost certainly superior on any other console. That’s the same case with the 3DS version of Rise of the Dark Spark, right?

Wrong! The 3DS version, unlike the console versions that were developed by Edge of Reality, was developed by WayForward Technologies, who are known for developing many titles based on popular licenses. Where the console version is an action-adventure game, the 3DS version is a strategy RPG with turn-based combat that is very similar to the Fire Emblem series. You move around an overworld map and when you land next to a space that an enemy is on a turn-based battle begins. You have three rounds to do damage to each other and pick from a variety of moves that recharge after each turn, with the more powerful abilities taking longer to charge up.

Unlike the Fire Emblem games, the story contained within Rise of the Dark Spark is bare-bones. There is a powerful artifact called the Dark Spark that is capable of ripping holes in dimensions, giving its wielder unthinkable power. Of course, the Decepticons (the bad guys) are going after the Dark Spark to take over the world and the Autobots (the good guys) are trying to stop them from getting their big ugly robotic mitts on it. The problem with Rise of the Dark Spark being a strategy RPG is that strategy RPGs rely on an intricate and engaging story to keep the lengthy battles and overall game interesting , but all of we have here is a MacGuffin and everyone is racing towards it with no character development or well-written dialogue in sight.

Interestingly, Rise of the Dark Spark switches between the Autobots, Decepticons and mercenaries throughout its 32 missions, giving you different perspectives on the same story. Even though you’re controlling different teams they all control exactly the same and your mission objectives are just as similar. You will be asked to do things like defend a certain area for X amount of rounds, eliminate all enemies on the map and take down walls of defense, but it always comes down to just killing everything in your way. Considering these battles can be lengthy you would expect some more variety in the objectives, but unfortunately the game just cycles through these objectives tirelessly. 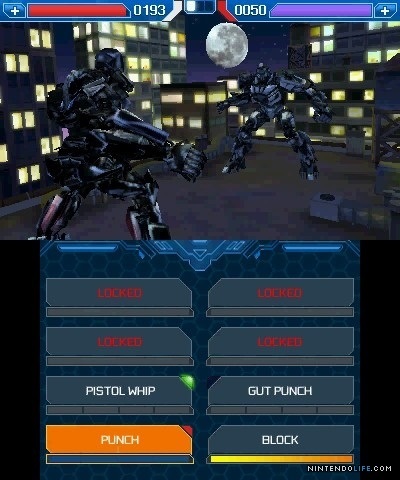 The types of transformers that you control in battle throughout the course of the game are limited, but they each serve an important purpose. The more powerful “hero” transformers have the highest HP, the strongest move sets and can transform into vehicles to move further than regular transformers. These are your tanks that you send out to the front lines to do the heavy damage and take the heavy damage that will soon be coming your way. Then you have the far weaker hackers and healers who are much better suited to stay in the background and hack objects to attack enemies or heal allies. If you play your cards right, as long as you keep your healers behind your “hero” characters you wont have to worry about losing hardly any units or battles at all.

Transformers: Rise of the Dark Spark is surprisingly far more interesting than the games that showed up on all the other consoles, but at the end of the day it’s still a so-so game. As far as strategy RPGs go it’s mediocre at best, as the combat scenarios are repetitive and the story and dialogue are an absolute bore. People who enjoy strategy RPGs and have exhausted all other options will surely find some entertainment with Rise of the Dark Spark, but as you spend more and more time with the game it’s quickly revealed that there simply isn’t enough here to hold your attention for very long.