2012 was a great year for movies and it’s going to be hard for 2013 to match it. As always, I’m sure there will be movies that come along that I didn’t know about or didn’t know much about that will knock me on my ass and make me wonder why the hell I didn’t know about them, but whatever. The point of this list is to show you the 10 movies that I DO know about that I am pumped for the most. As long as these movies deliver on the level I’m hoping they will (IE they don’t suck) it looks like 2013 is going to be freakin’ awesome.

I admit I wasn’t too stoked to see this at first. While I really liked the first Star Trek, it didn’t wow me as much as it did some people. However, when I went to see The Hobbit in IMAX I was treated to a 9-minute preview of the new Star Trek… and let’s just say I’m on board now. Benedict Cumberbatch looks like he will be a fantastic villain (which was what I felt was lacking from the first film) and the stakes seem to be very high as it looks like Spock gets in a bit of trouble. I don’t want to get my expectations too high, but I am definitely curious to see where this one goes. 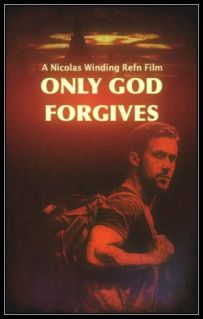 You have Nicolas Winding Refn, who directed Drive, and you have Ryan Gosling who was the star of Drive… what more do you really need to know? Gosling plays Julian, who runs a Thai boxing club as a front for his family’s drug business. Something goes wrong and Julian finds himself being forced by his mother to avenge the death of his brother. The director has mentioned that this is a continuation of the language of Drive, which has me just a tad stoked. Just a tad, mind you.

Thor was a movie that I loved more than most when it released in 2011. I instantly fell in love with the cast, the fish-out-of-water scenario, and the mythology it was all wrapped in. With the sequel, they are saying that this film is going to be darker (never would have guessed) and will feature new worlds (another shock). Wow, I guess the title really does say it all. 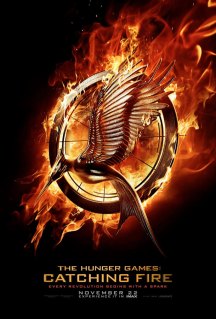 I was a big fan of the first one, even though it did have its flaws. I have even higher hopes for this one as it has a new director (Francis Lawrence) that will be directing the series right to the very end, and will be introducing some fantastic new characters to the series (Finnick Odair). Catching Fire definitely has a plot that surprised me when I first read the book, and it will be interesting to see it unfold onscreen.

The Avengers was one of the biggest and best movies of last year, and here we have my favorite Avenger in his third solo movie. Shane Blackis directing (known for Kiss Kiss Bang Bang) and Ben Kingsley is the villain, so this one has some serious talent on hand. It looks like this sequel is going to be the darkest one yet, with Iron Man appearing very battle worn and defeated in the trailer. I hope it still has some of the light-hearted charm that was present in the original Iron Man film, but whatever path it takes I will definitely be watching.

I wasn’t expecting much from Kick-Ass, but it ended up being a movie that pleasantly surprised me. It had great humor, a good story, and a fantastic cast of characters. It really made me wonder what it would be like if some random person in the real world actually did dress up like a superhero and fought crime. It might not have enough realism to really take that plot point any deeper, but it still plays to the wonder that any superhero movie fan has.

Kick-Ass 2 has an addition to the cast that I can’t wait to see on screen. Jim Carrey enters the mix as Colonel Stars and Stripes, and it would be awesome if this is ends up being another classic role for him. Christopher Mintz-Plasse is what really has me excited, however, as he is returning as a bad guy named ‘The Mother F*cker’. You read that right. This could be even better than the original, and will surely be a hell of a lot of fun this summer.

Monsters, Inc. is one of my favorite Pixar movies (one of my many favorites from Pixar, I guess I should say) and here we have a prequel to it. This film will show Mike Wazoski and Sully meeting in college as they both want to be scarers at Monsters, Inc. It should be absolutely hilarious seeing what college life might be like if it was inhabited entirely by monsters and with Mike and Sully along for the ride it makes the deal even better.

My anticipation for this movie doesn’t come solely from the fact that everything I’ve seen so far looks fantastic, but it also comes from me wanting Wolverine to get the movie he deserves. I wasn’t a huge fan of the Bryan Singer films, and 2009’s X-Men Origins: Wolverineended up being anything BUT an origin story. Wolverine is one of the most interesting superheroes, but I still feel like we haven’t seen the masterpiece he is more than capable of having.

Enter this movie, and my hopes for a masterpiece become very high. You have James Mangold directing, who was responsible for one of my favorite movies of all-time, 3:10 to Yuma. The story takes place after all of the other X films, so it won’t be bogged down trying to line up with another story line. James Mangold has said that the film deals more with the characters internal struggles, such as Wolverines own mortality. Add on top of all of this a plot set in Japan which involves a samurai sword wielding Wolverine and you have the most interesting looking X film in, well, ever.

2. The Hobbit: The Desolation of Smaug

When The Hobbit: An Unexpected Journey was released it received less than glowing reviews, and that really gutted me. The Lord of the Rings is my favorite movie trilogy of all time, and I just couldn’t bear to think that a movie set in the same world could not be awesome. Well, I finally went to see it and loved it, so thanks critics for breaking my heart over nothing. The story was great, the characters were all awesome and the cinematography was nothing less than stunning.

So, yeah, needless to say part two would have me excited if it was being reenacted with puppets. Here we get to see the evil dragon Smaug on the big screen and we get even more characters joining the fray. Smaug is a character that fans of the book have been dreaming to see on the big screen for decades. While his presence is felt in the first film, Peter Jackson wisely keeps him just outside the frame whenever he is mentioned to keep the suspense high for this next film. 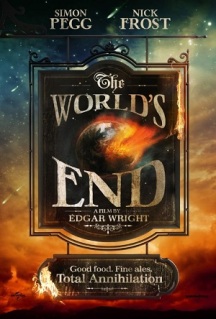 No question. No competition. This movie is THE MOVIE I have to see this year. Its predecessors, Shaun of the Dead and Hot Fuzz, are two of my favorite movies of all-time, so this final film has just a LITTLE pressure on it. Those films effortlessly blended both horror and comedy and action and comedy; respectively. This new film is going to be a science fiction comedy, so it certainly has potential to be extremely weird and extremely funny at the same time. It’s been a while since the last one, so I hope the gang hasn’t gotten rusty.

The movie has Simon Pegg and Nick Frost reuniting with childhood friends after twenty years to repeat a legendary pub crawl. They will try to reach the fabled pub, “The World’s End”, but they soon discover that their struggle is not just their own, but all of humanities. Also joining Pegg and Frost is Martin Freeman, Eddie Marsan and Paddy Considine, which sounds too good to be true (but it’s not!). Here’s to hoping this doesn’t disappoint and is on the same level as its predecessors, which would make it one of my all-time favorite movies and in effect would make The Three Flavours Cornettotrilogy one of the best of all time. No big deal.

So there you have it! These are the movies I will NOT be missing this year (and if I do… then… poop). Feel free to list your most anticipated movies in the comments below.